The Lilies - The Glory of God 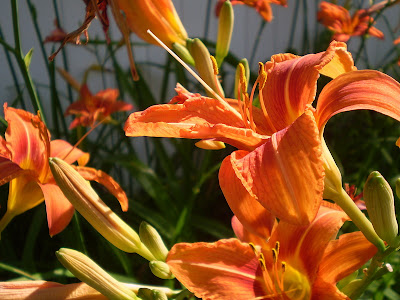 Luke 12:27
"Consider the lilies, how they grow: they neither toil nor spin; and yet I say to you, even Solomon in all his glory was not arrayed like one of these."

God has clothed the lily. Solomon in all his glory was not clothed as God clothed the lily in His glory. I love to look at the details of flowers because they show the glory of God. He's the best tailor, designer, clothier in the universe. 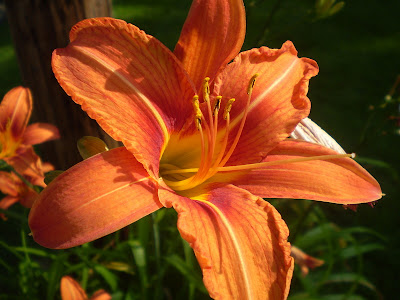 
Perhaps as you take a walk and you see God's glory displayed in the flowers of the season, you will let those blossoms and blooms be a reminder to your heart that God will take care of you. 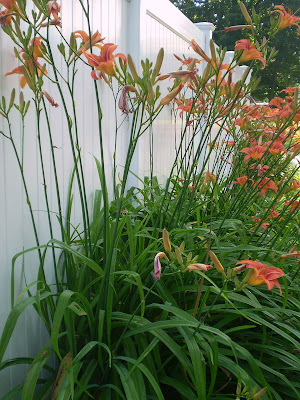 Posted by Sandy Hall at 5:17 PM No comments: 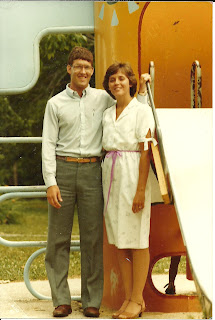 I think most young ladies think about the man she loves and wonders what kind of father he will be to their children someday. At least, I did. When Bud and I were dating, as I got to know him, I knew he would be a great dad. The year was 1983 and we were young and hopeful and trusting God for our future. 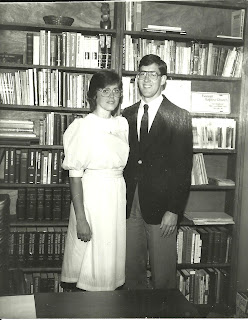 We started ministry together at Evangel Baptist in Taylor, moved into our first home, and then I was expecting  our first child. Over the next ten years, God gifted us with five children: Jeremy, Joanna, Jason, Janelle and Joseph. Then I had the privilege of watching Bud be a father, the father I had dreamed he would be. 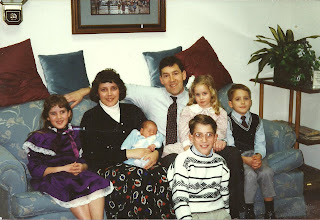 As our family grew, so did we. We learned parenting together, made lots of mistakes, and trusted God. Bud was always there for our children. He went to their games and quiz meets, played in the back yard with them, gave them opportunities to stretch themselves physically, mentally and spiritually, involved them in ministries alongside him and other godly adults. He prayed for them faithfully and disciplined them when necessary.

If I were to capture vignettes of Bud as a father, these would come to my mind:

Because of complications when I delivered Joanna, I could not hold her. But Bud could, and he did. He fed her and took care of her for those first few days. I love the picture in my mind of him holding her.

As a family, we went rock climbing in Yosemite. All of us! A great lesson in trust in each other as Bud and Jeremy held the ropes for us.

How many games of Risk has he played with the kids???

When I miscarried our son Jonathan at 19 weeks, it was Bud who made all the funeral and burial arrangements for him. And Bud who spoke at his own son's funeral.

Bud has provided faithfully for us through all of these years. He has sacrificed to provide.  So many times he would set aside his own needs and wants to get the children what they needed.

He got up in the night to help me with fussy babies. He drove newborn Joseph back to the hospital at 2 a.m. for a bilirubin test so that we wouldn't have to leave him there for observation.

When a child learned to read, he bought them a Bible of their own.

He has guided our family with God's truth. He has taught by example how to be truthful, how to stay out of debt and trust God, how to pray for God's provision and protection.

He rejoiced as each child accepted Christ as Savior. When one of our teens stepped out in response to a sermon, he was happy in his heart.

When I would worry about one of the kids, he gave perspective and hope.

When Jeremy and Leah married, and Jason and Abbey married, he was pleased. 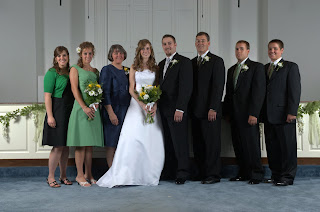 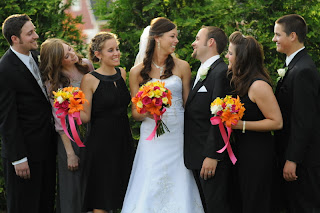 Yes, he has been a good, faithful father. A picture of our Heavenly Father who loves, protects, provides. I'm so glad God put us together. Exactly half my life ago, I married Bud. Definitely, the best half of my life!

Thank you, Bud,  for being a wonderful father to our children. I pray our sons follow in your footsteps and our daughters marry men who will also be like you! 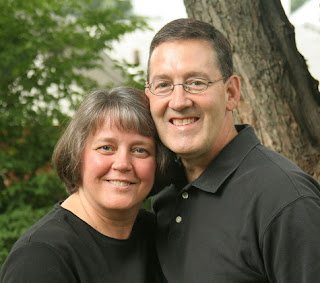 Sandy Hall
I am a stay-at-home mom, a homeschooling mom (21 years and counting!), a pastor's wife, a Christian saved for many years and still learning and growing. Ten facts about me: 1. I play the flute. 2. I love to read. 3. I have over 9,000 books! a lending library in my home. 4. I keep touch with friends from my teen and college years. 5. I teach a ladies' Bible study. 6. I have two daughters-in-law. Fun new relationship I'm enjoying. 7. I am an organizer. I like things in order. 8. New technology throws me at first, but then I learn to appreciate it. 9. I love to scrapbook and make cards. 10. I love to garage sale.